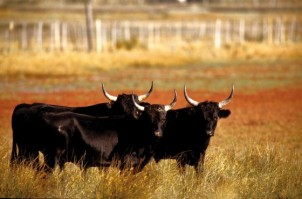 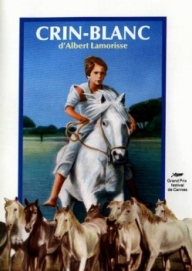 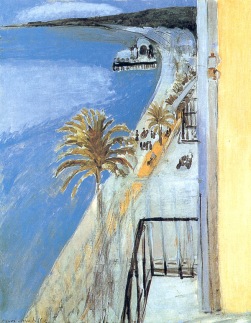 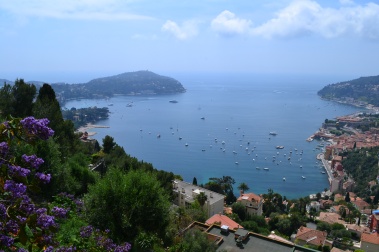 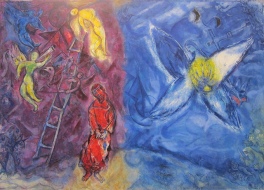 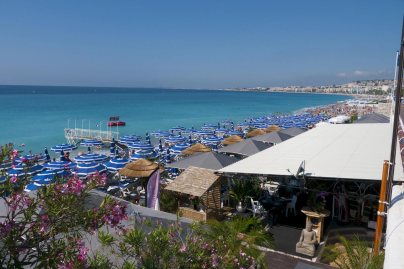 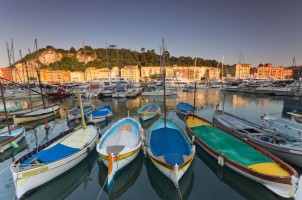 Having lived in Texas, USA and Argentina, I am quite familiar with cowboys galloping across the Texan prairies and “gauchos” riding their horses while working the cattle along the Argentinian pampas (plains).  Still, I was not able to transfer this image to France until I went to visit the Camargue region located in the south of France resting in the midst of the largest river delta in Europe.  There the “gardians” (French cowboys) manage the local cattle herds and the Camargue’s wild horses through the marshes.

Bathed by the Rhône river delta and the Mediterranean Sea, the capital of Camargue, Saintes-Maries-de-la-Mer (Saint Marys of the Sea) is rich in folklore.  This tradition embodies a perfect concoction of legends, culture and religious rituals blended within historical accounts.  The most common legend conveys the story of the 3 Marys: Mary Magdalene, Mary Salome and Mary Jacobe, believed to be the first witnesses of Jesus’ resurrection and his empty tomb. Anecdotes describe their flight from Jerusalem to Alexandria, Egypt to escape persecution. Later, they set sail from Alexandria with Mary Magdalene’s uncle Joseph of Arimathea arriving on the French coast around this area.  There are at least 3 different versions to this story and a further personage was added, Saint Sarah who welcomed the 3 Marys into this region.  The dark-skinned Sarah, dressed in a multicolored dress and jewels, is venerated by the Roma (Gypsies).  Every May, they come from afar to celebrate their beloved saint in a colorful musical festival.   Throughout the years, the festival has attracted different artists including Bob Dylan who composed the song “One more cup of coffee” while attending the Roma celebrations. Artist such as Vincent Van Gogh was also intrigue by the area and painted the Three White Cottages in Saintes-Maries during his visit in 1888.

Saintes-Maries-de-la-Mer atmosphere is low key and perhaps less fashionable than other Mediterranean enclaves. Still, it exudes charm with great possibilities and activities.  There are hiking and biking routes, paragliding, deep sea fishing, sailing and horseback riding. The food products in the area enhance the gastronomic experience:  Camargue’s red rice grown in local rice fields and marshes has become a popular souvenir to take home. Meanwhile, the famous Sel de Camargue (Salt of Camargue) has an exquisite and fresh flavor that makes any raw vegetable taste deliciously savory.  Another interesting place to visit especially by bird lovers is: the Parc Naturel Régional de Camargue.  There thousands of pink rose feathered flamingos can be “watched” especially during spring and autumn.  Also, Camargue’s wild white horses, nomadic throughout the region, are one of the oldest breeds in the world and beloved by locals.  Upon entering Saintes-Maries-de-la-Mer, the first sculpture standing prominent within its square is the white and wild Camargue horse.  Its story was told in a popular French film called Crin-Blanc, (English title White Mane, 1953).

Moving along the Mediterranean coast, warm breezes takes the traveler to the fashionable and somewhat upscale city of Nice la Belle (Nice the beautiful).  The Greeks first settle in the area around 350 BC.  They named the city Nikaia (hence Nice) after the goddess of victory Nike.  Across the centuries, the city and region belonged to different nobles and crests, until finally it was annexed to France in 1860. Since then, the mild and pleasant Mediterranean climate of the area has also attracted visitors from all corners of the world. The British in particularly, often visit Nice to try to escape harsh winters and rainy seasons. Thus, the best known walkway by the sea is called Promenade des Anglais (The walkway of the British).  Artists and painters such as Marc Chagall and Henry Matisse have loved the area for its natural beauty and till this day their works can be seen at the Musée Marc Chagall and Musée Matisse and of course the prominent Musée des Beaux-Arts in Nice.

The public beaches in Nice are thoroughly populated during high season. These beaches are rocky with pebbles that can scorch unprotected soles during warm weather.  Yet, Nice offers an array of private beaches that are quite lovely.  One of my favorites hotels, Hotel Negresco for example, an amazing architectural structure, cloaked with fine art and overlooking the Promenade des Anglais, provides access to the absolutely bright and picturesque Neptune Plage (Neptune Beach).  Other great private beaches are: Plage Beau Rivage, Opéra Plage, Castel Plage and the Blue Beach (open year round).  These beaches are well-maintained, offering proper walkways to avoid the sizzling pebbles in the summer, great lounge chairs, parasols, lockers and towels for a reasonable cost.  Some of the beaches also offer first-rate dining and watersports activities.

Nice has a vibrant gastronomic scene.  One of my favorite restaurant is Le Chantecler, in the Negresco hotel.   This is truly a fine dining experience within an elegant atmosphere and exquisite presentation.  The sommelier and service staff are excellent making it a superb experience.  Another favorite restaurant is: La Terrasse, a rooftop restaurant on 1 La Promenade des Anglais. The view of the placid Mediterranean sea below enfolded by projecting hills create a subtle perception of elegance and the dishes follow the same refinement. Nice has its share of quaint coffee houses and brasseries.  However, in my opinion the best coffee is found at “Caffe Vergnano 1882.”  Located in a very small street, rue Halevy 11, just behind the Meridien Hotel, they offer high-quality Italian espressos, macchiato, lattes and cappuccinos.  In addition, they have an assortment of pastries including a scrumptious croissant.  During my stay, I visited this café on a daily basis and after sipping their cappuccino, I was always ready to peruse a new section of Nice.