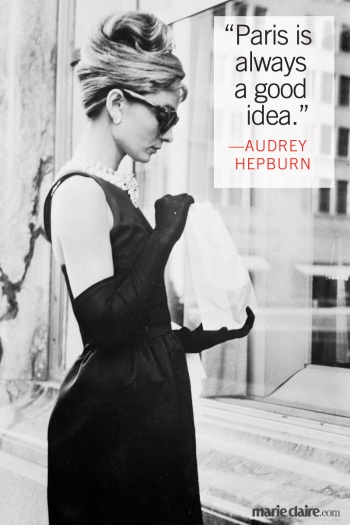 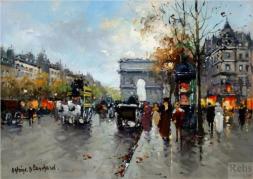 Avenue des Champs-Élysées, sign for the home of Brazilian aviation pioneer who won In 1901 the prestigious Deutsche de la Meurthe Prize, a contest that called for flying from the Parc St. Cloud and around the Eiffel Tower, Paris, France 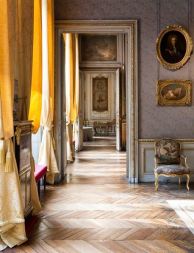 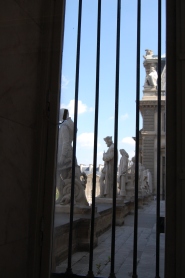 Marc Chagall, Chagall between War and Peace, Exhibit, Paris, France from the Guardian 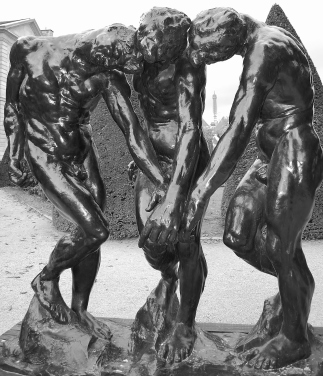 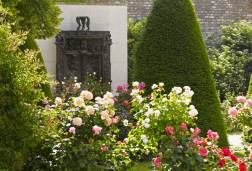 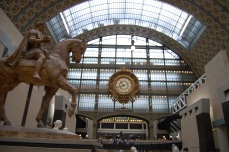 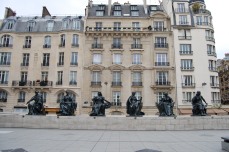 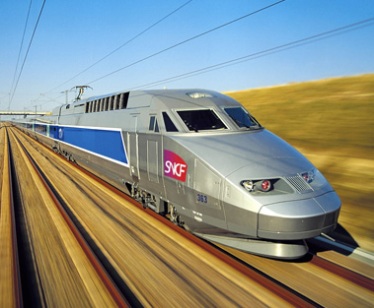 A great advantage of living in Dijon is its straightforward access to interesting travel locations. France has one of the best rail systems in Europe. One can take a direct train from Dijon to Charles de Gaulle Airport (CDG) or simply take a TGV (Train à Grande Vitesse, high-speed train) operated by SNCF voyages to a major station in Paris, “Gare de Lyon.” This particular trip takes about 1 hour and 35 minutes and: “Voilà, you are in Paris!”

Paris, “the city of lights,” has always inspired great accolades of love and wonder. Compositions and lyrics have been written by an array of composers and musicians including Gershwin, Offenbach and Louis Armstrong. Gifted authors as Ernest Hemingway, James Joyce, Scott Fitzgerald and one of my favorite poets, the Prague-born poet Rainer Maria Rilke visited Paris. A classic account depicts that Rilke came to Paris to write a monograph on the artist Auguste Rodin. After, Rilke became Rodin’s secretary while Rilke’s wife, the sculptor Clara Westhoff, became the great master’s pupil. All of these architects of excellence shared an enduring attachment to Paris whilst becoming immersed within its ethos. As result, they stayed for longer engagements with some lasting quite a few years.

Initially, it is important to experience Paris as a tourist. Incomparable monuments welcome the visitor throughout its city-center famously designed by Baron Haussmann. This visionary and extravagant prefect of the Seine Department was chosen by Emperor Napoleon III to beautify the city with boulevards and parks, museums, bridges and so much more. Certain places should be a priority when visiting Paris such as the symbol of glories past: the Arc de Triomphe, followed by a stroll across the bustling Avenue des Champs-Élysées where trendy shops and cafés serve the tourist crowds. Next in the agenda: the Louvre Museum. This renowned art museum is one of the oldest in the world and the place where Leonardo da Vinci’s “Mona Lisa,” dwells. Staying with the fine-arts motif, one cannot miss the Musée d’Orsay. This unique museum, is located in the interior of the former Orsay railway station and holds one of the finest Impressionists collection in the world. Thereafter, one should steer toward the most recognizable emblem of the city: the Eiffel Tower, built by Dijon’s native, Gustave Eiffel. Often, the Eiffel Tower has long moving lines. Still, it offers one of the best topographic views of the city. Another splendid and perhaps less crowded vista is located at the observation deck on top of the Arc de Triomphe. There, one can behold the impressive panoramic spectrum of La Defense, the Avenue Champs-Élysées and the Sacré-Coeur Basilica.

An additional museum is the Musée Rodin. This museum displays the superb works of the celebrated master, Auguste Rodin, at the Hôtel Biron. Historically, this mansion and garden museum was occupied by several artists since 1905 including the painter Henri Matisse and the dancer Isadora Duncan. In 1908, Rodin establish his sculpting studios within a few rooms. By 1911, he occupied the entire building. Rodin also adorned the outside gardens with some of his work. Today, in the midst of roses and shrubberies, some prominent pieces grace the grounds including the Thinker (1903), the Burghers of Calais (1889), Gates of Hell (1917) and the Three Shades (before 1886). The shades appear in Dante’s Divine Comedy and represent the souls of the dammed standing at the gates of hell whispering: “Abandon hope, all ye who enter here.” Inside the mansion, several acclaimed pieces can be viewed such as The Kiss (1882) and the Cathedral (1908). Moreover, distinguished pieces of Rodin’s assistant-artist-muse-mistress, the talented and tragic Camille Claudel are exhibited.

The Parisian experience is multidimensional! Last year alone, I was able to dissect the Louvre Museum, by visiting one wing at a time over an eight-month period which allow me to fall in love with its collections. I have also relished noteworthy events: the sumptuous version of Rudolf Nureyev’s ballet “La Belle au bois dormant/The sleeping beauty (composer Tchaikovsky)” by the Paris Opera Ballet at the Bastille Opera in Paris; and the outstanding exhibit of the Jewish-Russian-French artist Marc Chagall: “Chagall between War and Peace” at the Paris’ Musée de Luxembourg. Additionally, a smaller museum, the Jacquemart-André museum, displayed a delightful exhibit of Eugène Boudin, Claude Monet’s master-teacher. Thematic classes/workshops are taught throughout the city for short periods or even during weekend breaks including: the gratifying “travel sketchbooking” with Pauline Fraisse Art & Culture; and “Un Dimanche à Paris” where I spend diverting weekends learning to make scrumptious chocolate morsels, the famous macaroons and French pastries in the heart of the Saint-Germain-des-Prés.

Unique pursuits also flourish in Paris. Chocolate aficionados will be delighted to visit the “Salon du Chocolat” exposition. It usually runs for 5 days in autumn around October/November. Visitors step into the marvelous world of cocoa while observing the work of internationally renowned chefs and pastry chefs. Victor Hugo’s fans will appreciate the elegantly designed Place des Vosgues, Paris oldest public square in Marais where Victor Hugo lived between 1832 and 1848. The Maison de Victor Hugo and museum is housed here and it provides a glimpse into the author’s quotidian life. Similarly, riverside admirers will welcome a river cruise along the Seine passing through historical sites and bridges while savoring a refined French cuisine feast and enjoying live music performances.

Paris is always a good idea. The French capital will always welcome guests desiring to unveil its social and cultural assets.